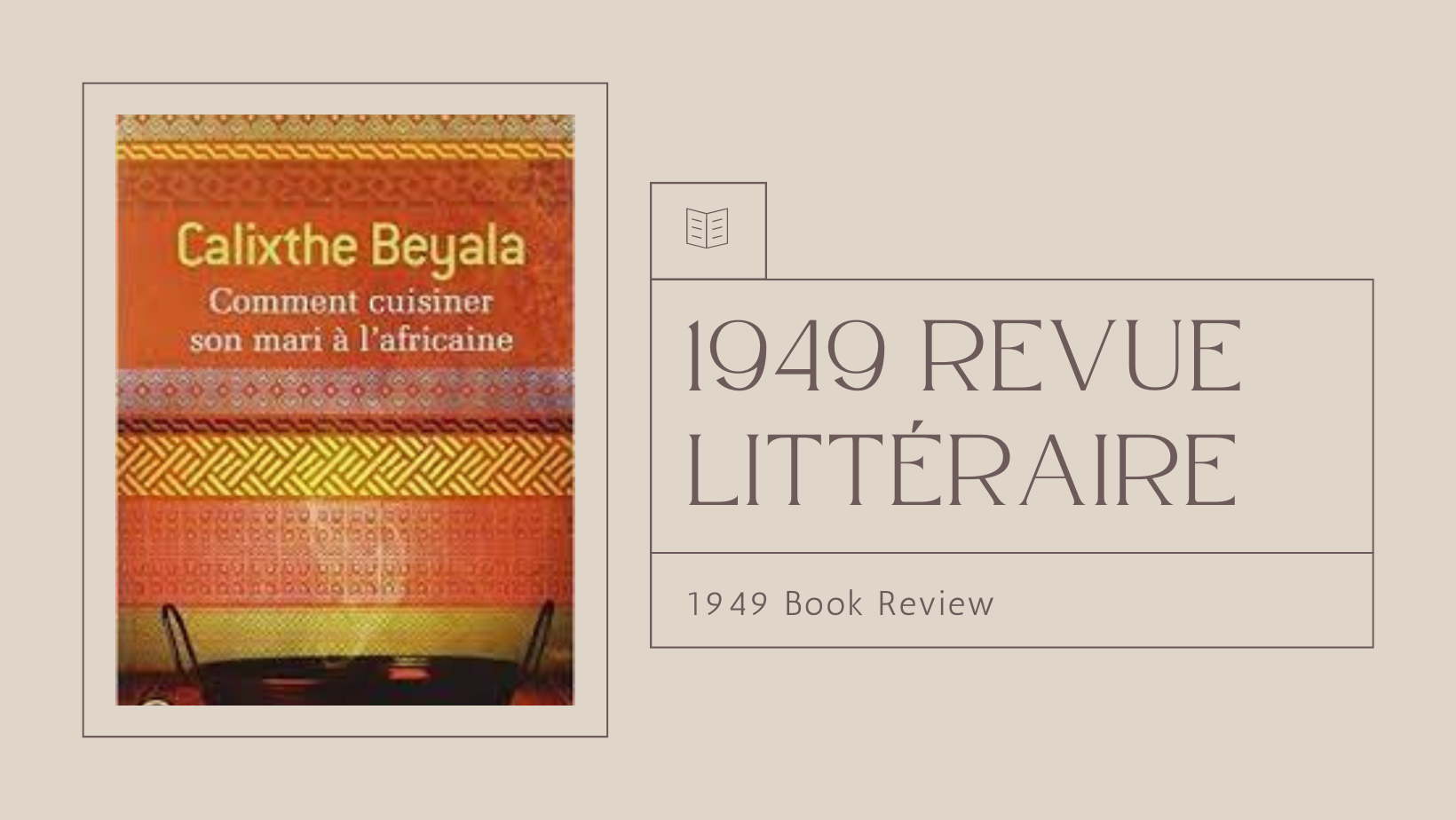 Reading this novel by Calixthe Beyala published in 2000 made us think of the following saying: “Men are taken through the stomach” or something like that. In any case, the beginning of the book sets the tone.

Are you Biloa ? She asked him.

And yet I was told once I crossed the river and climbed this mountain, I would come to Biloa.

I’m not he, he denied and continued to do so until she removed the lid off the dish of Dolé with meat and prawns she brought. It was then that the man said, “it could be me.”

Aissatou has been living in France for a long time, such a long time that “exile has messed up with her bearings”. Relaxed hair. Skin whitening. Beating her body into shape.

“I have no boobs and m yass is as flat as the earth, because needs must, it is important to be pleasing to white men.”

But there is a time to lose oneself and a time to come back to one’s roots. These roots, she finds them, or rather him one day on the dirty stairs of her apartment building. Monsieur Bolobolo is his name, a Malian through and through before whom “Midnight must be pale with envy before his soft and black skin.”

Aissatou decides then to seduce him, the African Way, the way her mother taught her. Paprika Ngombo to clarify one’s ideas; tortoise with green plantains because a “man who makes you feel such emotions deserves paradise!” All these dishes must do their thing – only there is a problem. Monsieur Bolobolo leaves early and gets home late and all of Aissatou’s tactics to bump into him as if by inadvertence come to naught. What is there to do then but to consult the cowries? After all, “An African woman with no marabout is like a sailor with no compass. Without a spiritual guide, she is lost.” And Aissatou’s perdition, according to Professor Gombi, is that she is too skinny. And for that, there is even no need to consult the cowries.

A change in strategy. Aissatou eats, and cooks wonderful meals for Monsieur Bolobolo’s mother, who is not quite with it.

Haricot fritters that manage to make Monsieur Bolobolo melt; seabass with red chilies to make him lose his senses; smoked antelope to welcome him at hers; Boa snake wrapped in plantain leaves to chase away the rival; crocodile in a Tchobi sauce to encourage her man. Chicken with groundnuts to extract the promise of a marriage from the man.

But when you bewitch, how do you keep it up? How do you cook your man the African way without losing your soul? A book to while away the day, to think and laugh, and why not, try one’s hand at the recipes in the book? And if you try them out, we would love to hear about it.

Calixthe Beyala was born in Cameroon in 1961. She arrived in France at 17 and published her first novel, C’est le soleil qui m’a brûlée (The Sun Hath Looked Upon me) in 1987. She obtained the Grand Prix littéraire de l’Afrique noire for Maman a un amant (Maman has a lover) and many other prizes for her other novels. She now lives in Cameroon.